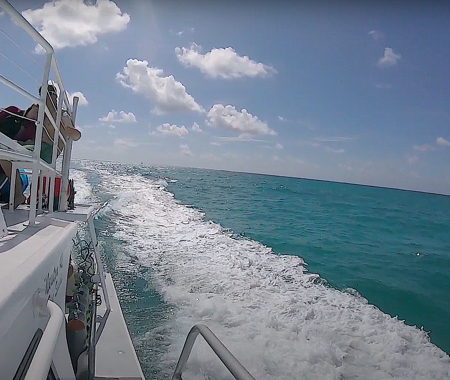 The Adolphus Busch Wreck is an old freighter with a length of 65 meters. The ship was deliberately sunk in 1998 and sits upright on the seabed. The Adolphus is in excellent condition because it has not been sunk with explosives. Instead, twelve large holes were made underneath the water line, after which water was pumped into the room. The ship was originally called Ocean Alley. Later it was named after the oldest member of the Bush dynasty, Adolphus Busch.

Enter the water from the boat. The Adolphus Bush is an interesting wreck which is still in good condition. It is possible to enter the ship through one of the twelve big holes.

The Adolphus Bush can only be entered by certified wreck divers.