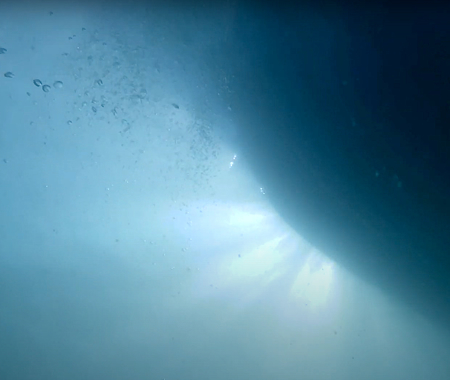 The Mikhail Lermontov is a 155-meter Russian passenger ship that sank after running into the Perham Rock off the coast of New Zealand's South Island on February 16, 1986. The Perham Rock is a rock that lies underwater between Cape Jackson and Jackson Head. One life was lost in the disaster. The Lermontov now lies 37 meters deep on her starboard side and is completely intact. The bridge, propellers, the damage on the hull and even the pool can still be easily observed during your dive.

The Mikhail Lermontov is located on the north side of New Zealand's South Island. The wreck can be reached with a day trip from Pikton on the west coast. The sailing time varies depending on the weather conditions. This part of New Zealand can be very stormy and the weather can change completely within half an hour. The Lermontov is located in Port Gore and is marked with surface buoys. The Lermontov was originally used as an ocean liner on the Leningrad - New York route, but was converted to a cruise ship in 1984.

It's not recommended to enter the Mikhail Lermontov without an experienced guide. Sailing time may vary depending on visibility.