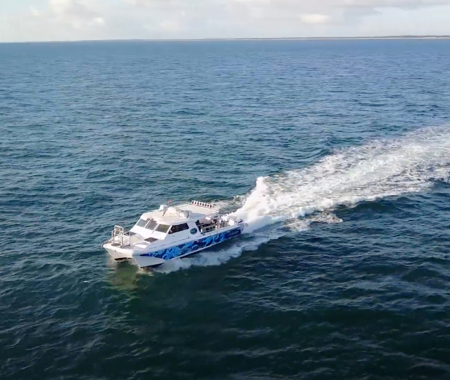 The SS Yongala is Australia's most popular diving wreck. It's not only the largest wreck in this area, but also the one that's best left intact. For many the SS Yongala is even one of the most beautiful diving wrecks in the world. The ship lies in relatively shallow water and is a real attraction for divers from all over the world. The Yongala sank in the night of March 23, 1911 when it fell into a cyclone. For years the wreck was untraceable until it was discovered off the coast of Townsville, Australia, during World War II.

The wreck of the SS Yongala is located in the Great Barrier Reef Marine Park, approximately 89 kilometers southeast of Townsville and 22 kilometers east of Cape Bowling Green. It takes about three hours by boat from Townsville. By RIB from the town of Ayr you can reach the Yongala in thirty minutes.

The boat trip from Ayr to the Yongala by RIB can be pretty rough. Penetration of the wreck and interference with artefacts is prohibited. Access to the site is through permit only, obtainable from the Maritime Archaeology Section of the Museum of Tropical