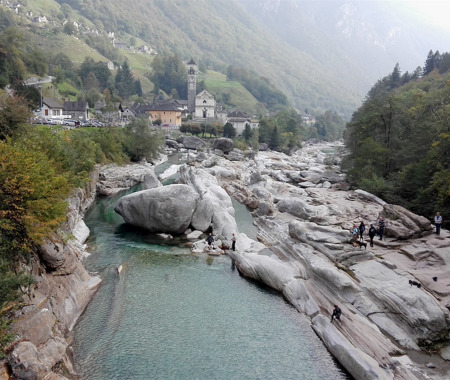 Ponte dei Salti is a special dive site in the Verzasca Valley in the Swiss canton of Ticino. Dive into the crystal clear waters of the Verzasca River in a surrealistic landscape of eroded rocks and gorges. You'll see unreal rock structures and at some times you'll find yourself diving under a waterfall. There is not much fish except for a single trout. The name Ponte dei Salti is derived from the nearby bridge. The surroundings are beautiful, it is one of the most photogenic places in Switzerland. Diving is only possible from mid-July to mid-September.

Park at the bridge and descend to the river. Attach a rope at one of the iron eyes which have especially been attached into the rocks for divers and swimmers. Use the rope as a landmark and as a tool to get in and out of the water. 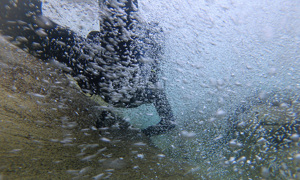 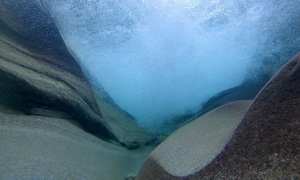 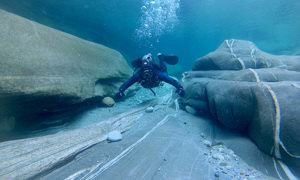 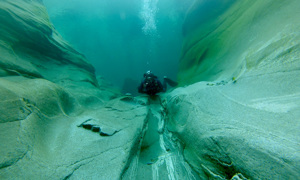 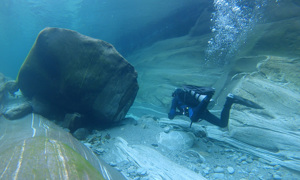 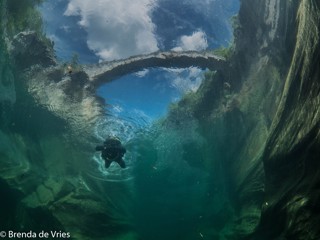 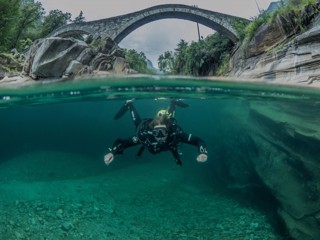 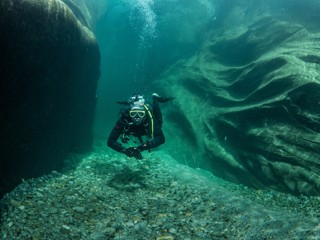