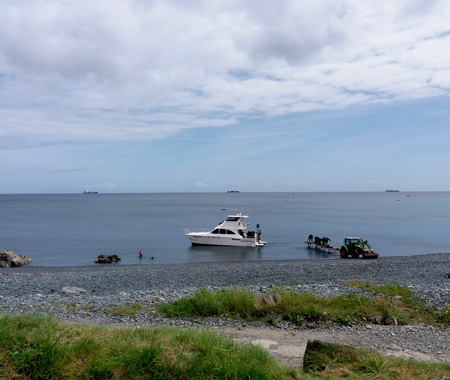 The SS Mohegan is a steamship that sank on 14 October 1898. After losing its rudder, the Mohegan struck Vase Rock in the heart of the Manacles. It was a disaster. The ship made heel and sank in 12 minutes. A total of 107 people lost their lives. A dive on the Mohegan takes place between 15 and 29 meters.