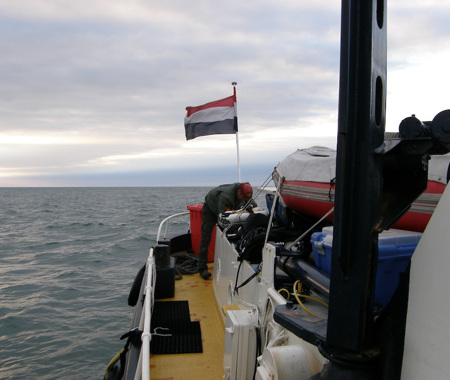 The Tubantia is the largest Dutch passenger ship ever lost at sea. It was torpedoed on March 16, 1916 by the German U-boat, UB13. After the war, the ship was somewhat forgotten, until the rumor was spread that there would be two tons of gold in the holds. Dozens of expeditions where done. This caused a lot of damage to the mid part of the ship. The expeditions did not provide much more than a large number of artifacts such as gin bottles, bathtubs and tiles. The Tubantia is fun to dive on because you come across many objects. The wreck lies on her side and up to the first deck it is buried in sand.

Be aware of fishing lines on the wreck.