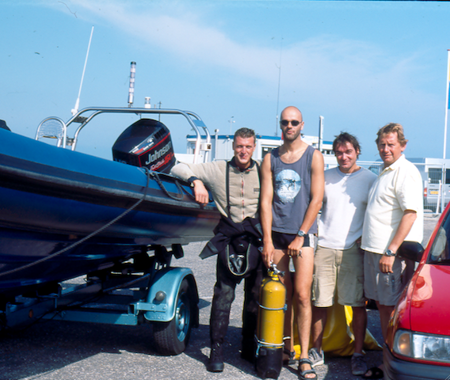 The bow of the SS Ameland was still standing up proudly. The back on the other hand is badly damaged. The SS Ameland was torpedoed by a German submarine in the Second World War. The trip to India, which had begun on February 18, 1940, was never completed. The ship sank to the bottom and 3 crew members lost their lives. The wreck lies on the edge of the Euro Trench at a depth of about 30 meters. Visibility is often good, with peaks of up to 15 meters. The ship's bell was salvaged by Belgian divers, but you can still find parts of the hotel’s porcelain, bottles of gin and beer.

Watch out. At springtide the current is strong. Be aware, the wreck is covered with fishing nets. 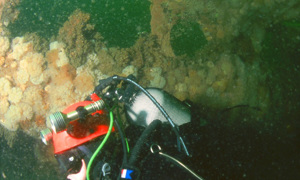