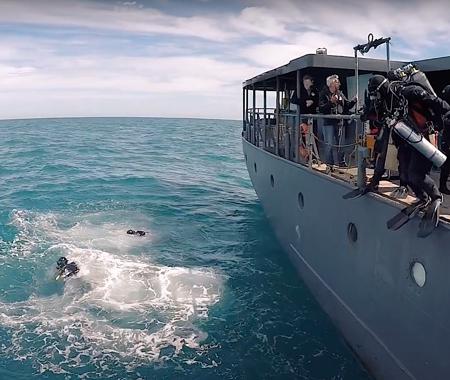 The Victoria City was inaugurated in March 1955 and was only half a year old when it sank. It was Wednesday, December 14, 1955, when the English ship collided with the Italian ship, Valentino Bibolini, at 8:00 in the morning in foggy conditions. The Victoria City sank quite quickly after the collision. The crew, consisting of 17 European and 49 Indian sailors, was taken over by a Polish ship, the Worlowo, which happened to be nearby.

The Victoria City is only suitable for wreck divers. Prepare your dive well. Ask for advice from divers who are familiar with the wreck or book a boat dive.