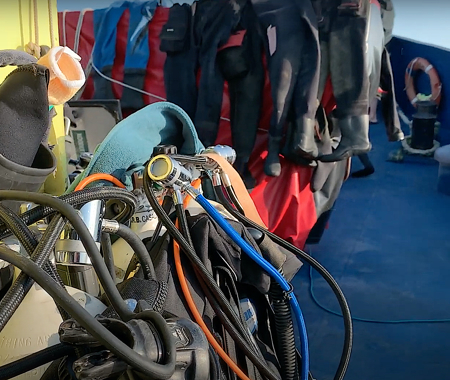 The HMS E3 is the first submarine in the world ever to be sunk. The vessel sank on October 18, 1914 after an attack by the German submarine U27. All 28 crew members perished. Now the wreck lies quiet at the bottom of the North Sea. The HMS E3 lies between 25 and 31 meters deep. The wreck is overgrown with dead man's thumb and anemones and is inhabited by large North Sea crabs, lobsters and sea bass. The command tower, engine room and tail section were destroyed on impact. The tail section was salvaged in 1990 after it ended up in the nets of a fishing boat. The damage from the torpedo impact is still visible.

The HMS E3 English submarine lies in the North Sea at 65 kilometers off the cost of the island, Schiermonnikoog. Diving on the HMS E3 is relatively easy unless you want to enter the wreck, which is possible. The torpedo hatch is open. From there the hold and the engine room can be reached. The HMS E3 is 54 meters long. Builder: Vickers, Barrow-in-Furness. Launching: 29 October 1912. Speed: 28.5 km per hour. Crew: 3 officers and 28 crew members. Range: 5200 km. 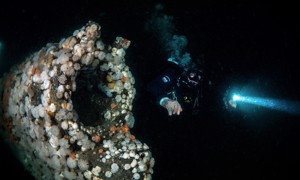 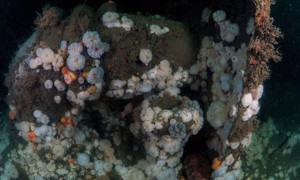 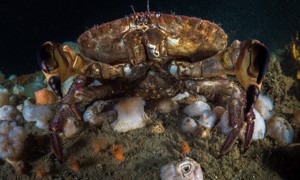 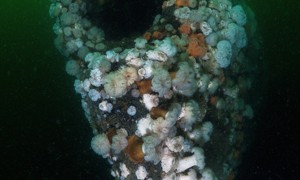