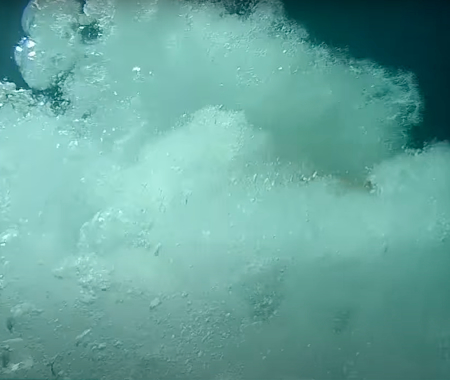 Manta Sandy is one of Raja Ampat's most popular dive sites. The dive site is known as the cleaning station of a constant population of manta rays. Manta Sandy is one of the best places in the world to observe a cleaning station up close. The site attracts not only divers but also scientists and film makers due tot het high success rate. Kneel in the shallow lagoon at the defined distance until the first giants appear and line up to be cleaned. They wait their turn one by one as you watch. The animals patiently allow themselves to be cleaned and then curiously take a look at the divers. They are huge animals with a wingspan of 6 to 7 meters. On a good day, you can spot as many as twenty of them during one dive. Manta Sandy is also known as Manta Mantra and Manta Site. The best diving period is between October and April when the water is full of plankton.

Manta Sandy lies south of a large reef, between Airborek Island and Mansuar Island toward the western end of Dampier Straits. The site consists of a narrow sandy channel between two reefs with coral bommies.

There are twenty to fifty divers allowed at Manta Sandy per day. Don't approach the animals too closely. There is a special ranger station nearby to protect the animals. Take the diving rules and rules of conduct into account. 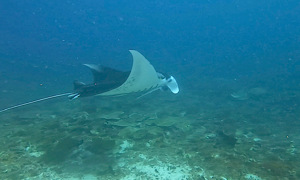 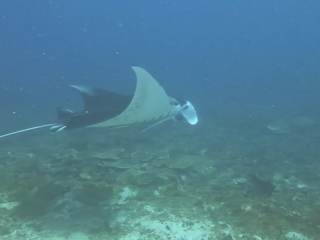