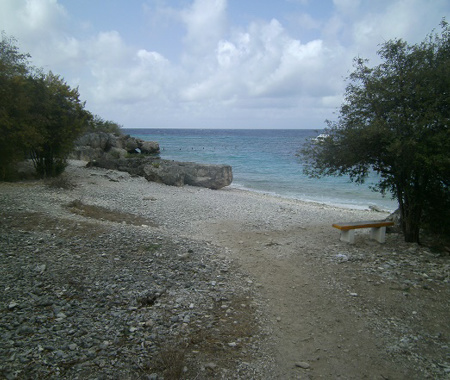 Director's Bay used to be the private beach of the directors of Shell, the Dutch Royal family used this beach at the same time. After the departure of Shell in 1985, the beach became public. Dive here left along the vertical wall, which extends to a depth of about 15 meters. You’ll see beautiful corals and large schools of fish, in all shapes and sizes. From here you can also reach the dive site 'Tugboat'. Make sure you will be picked up there as your air supply won’t be enough to make it back. Director's Bay is also a nice snorkeling beach.

The metal tubes that you will see in the water at Director’s Bay were part of a structure that had to limit the surge, to make this site more enjoyable for the elite.

Keep an eye on your depth gauge, you are quickly deeper than you’ve planned. Beware of car burglary, you are on a secluded beach. 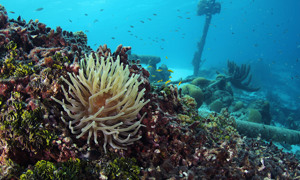