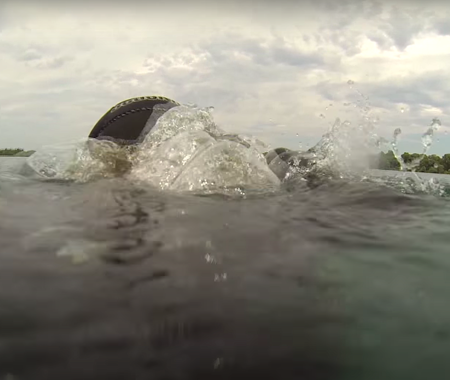 Drie Vijvers is a sand excavation in the Belgian town of Adinkerke with reasonable visibility during the winter months. Drie Vijvers is owned by the Flemish community but managed by diving club Guy Serville. Fish are mainly found along the banks which are reinforced with concrete debris. Only affiliated dive clubs are allowed to dive in Drie Vijvers. Paid diving.

Diving in Drie Vijvers only takes place on the east side. Enter the water from the shore and concentrate on the banks during your dive. Drie Vijvers is mainly a winter dive site, with the months May to October as the best diving period. There are then fewer students in the water. In addition, visibility improves when the water temperature reaches temperatures below twelve degrees.

Drie Vijvers is located in a nature reserve and is only accessible to affiliated diving clubs. Paid diving. Beware of sharp debris along the banks. Good buoyancy required, lots of swirling sediment. Poor visibility in summer months. Busy training pool.