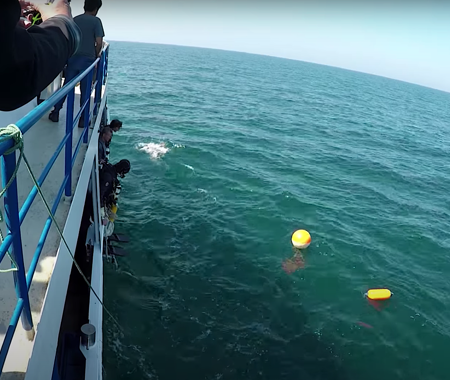 The HMS E 17 is a submarine from the First World War. The wreck lies off the coast of the Dutch city of Den Helder at a depth of 15 meters. Diving teams such as Nortseadivers visit the wreck annually to dive on it. The vessel went down on 6 January 1916 and was discovered in 1986 when the Texel shrimp fisherman Sjef Boom ran aground on it with his cutter TX 50. The bronze command engines have been salvaged and restored and stand in front of the entrance to the submarine museum in Gosport. The E-17 was armed with 12 pounder guns for two torpedo tubes.

Currents can be quite strong at the HMS 17. Advanced divers only.