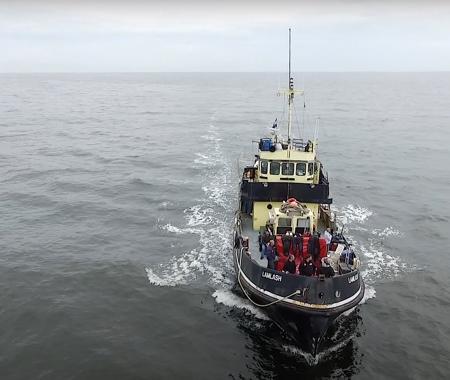 DIVE SITE CLOSED. The Poppetjeswrak (the Puppet Wreck) is a spectacular wreck in the North Sea. Unfortunately diving is officially not allowed because it's located in a shipping route. It's an old sailing steamer, which stands straight on the seabed and is still reasonably intact. The bow, hull, steam boilers and team engines can still be recognized. The holds are open and still reveal parts of their cargo. Once upon a time masses of porcelain puppets were found, which gave the wreck its name, the Puppet Wreck.

Diving on the Poppetjeswrak is officially not allowed because it's located in a shipping route. Experienced North Sea divers and wreck divers only.