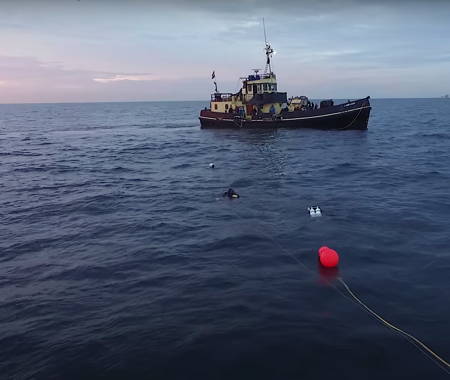 The Engelse Kruisers (English Cruisers) are among the most dived wrecks of the North Sea. They are three armoured cruisers from the First World War, that were sunk by the impact of torpedoes. The ships lie together at about three hours sailing off the coast of Scheveningen. They are enormous wrecks, damaged by treasure hunters, but still just as impressive to dive on. The Cressy lies with her keel up. The Aboukir lies upside down and is largely broken, with the engine, gun towers and ammunition boxes still easily recognizable. The Hogue is the most damaged. She lies in two parts on the North Sea floor and contains most of the ammunition boxes of the three wrecks. The ammunition is harmless, provided you don't touch anything.

The English cruisers can be reached by boat. While descending along the anchor line you can already see the contours of the wrecks. The disaster with the English cruisers took place on 20 September 1914 at 07.00 am. Thick clouds of smoke above the horizon at 21 miles southwest of Scheveningen betrayed the damage caused by the U9, a small German submarine. The submarine is then still a super modern attack weapon that can hardly be fought against. More than 2200 men ended up in the water of which 1459 died and 836 were rescued. One man is rescued three times, first by the Hoque after the first attack, then by the Cressy after the second attack and finally by the Dutch ship, the Titan. 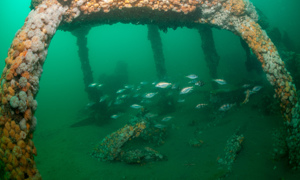 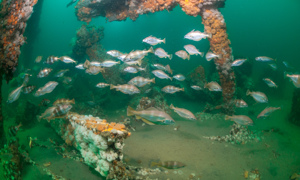 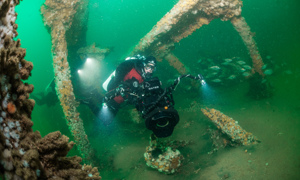 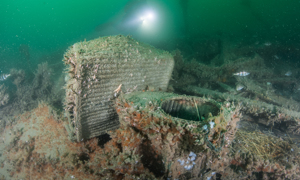 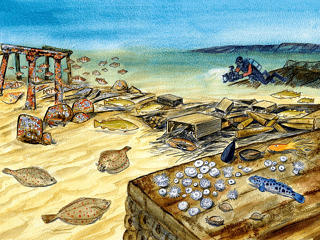