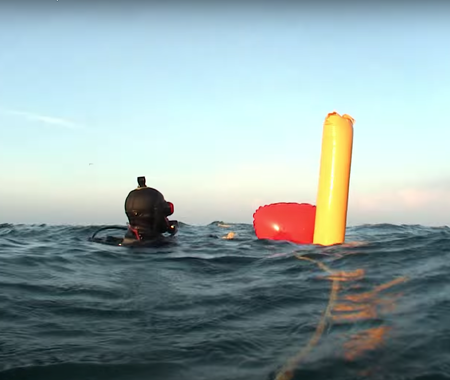 The Tyche is an eighty meter long Honduran coastliner. The ship sank in 1985 after a collision on the port side. The wreckage is still reasonably intact but the holds are silted up, the bow rises six meters above the sandy bottom. The stern is nicely overgrown. The wheelhouse and engine room are easily accessible and in some places even the windows are still in place. There is usually a lot of fish to be seen on the wreck. Diving during turnaround.

The Tyche is located at the Bruine Bank, forty miles from the port of IJmuiden. Book a charter to reach the location of the wreck. The wreck lies between 26 and 30 meters. Name: Tyche. Sunken: 1985. Kind of: Coastliner. Tonnage: 498 tonnes. Cargo: Sugar beets. Length: 80 m. Width: 8 m.

The Tyche is only suitable for wreck divers. Prepare your dive well. No phone range. Emergency number channel 16.