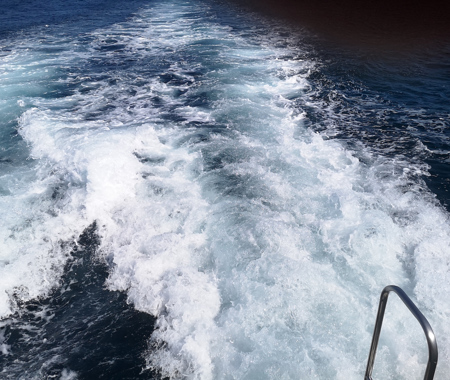 The Don Pedro is one of the largest wrecks in the Mediterranean accessible for recreational diving. The ship lies between depths of 25 and 47 meters. This makes this dive suitable only for advanced divers. The Don Pedro was a container ship. It sank in 2007 after it took a wrong route and ran into a reef not far from shore. The crew survived the disaster, but the ship sank within 45 minutes. A successful operation followed to remove the heavy fuel oil and and other chemicals from Don Pedro's bunkers. The wreck lies on her side on the sandy bottom surrounded by schools of barracuda, tuna, scorpion fish and more.

The wreck of the Don Pedro is located near the port of Ibiza and can only be reached by boat. Descend to explore this immense wreck. There are several dives possible. The most interesting parts are the bow, the anchors, the deck, the bridge and of corse the interior which you can see through the windows. With each dive you'll discover something new.

The Don Pedro is suitable for advanced divers only. There may be pleasure boats around at this location.