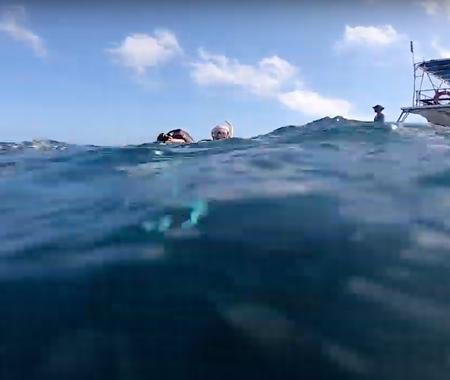 Dive site Barge contains the 36 meter long wreck of an old ship that was sunk here in 1992 to serve as an artificial reef. This is exactly what it does. The marine life has made the wreck its own and countless fish now find shelter between its spaces and corridors. Given its nickname, Fuel Barge, it was once a fuel ship.

Barge can be reached by boat. The wreck lies in shallow water and is therefore in reach of inexperienced divers. Barge is accessible for wreck divers.

At Barge, pleasure boats can stop by. The use of a surface buoy is recommended. The wreck can only be entered by wreck divers.