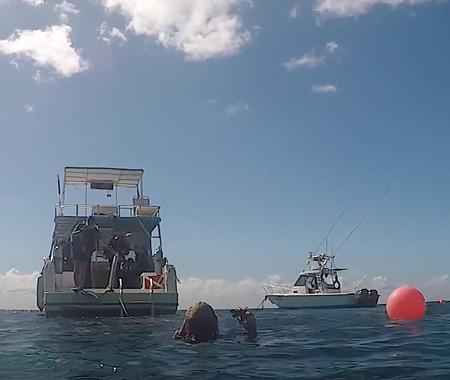 The Star Gerren is a 68.58 meter long coaster of German origin, which was sunk off the coast of Aruba in 2000 especially for diving. Holes have been made in the ship to make it easy to enter en exit. The ship should have landed right on the seabed, but tipped over and ended up on the port side. The Star Gerren was moored on 16 July 1996 in the port of Barcadera with technical defects. It remained there until August 2000 because the owner could not be traced. After the ship started to leak oil and became a threat to the environment, it was decided to convert it into a diving wreck.

The Star Gerren is located about four kilometers west of the Holiday Inn Resort and the beach of Hadicurari. The impressive wreckage guarantees an interesting dive, with the huge, exposed propeller as one of the highlights. In and around the wreck is also a lot of underwater life to see. You'll encounter growlers, barracudas and French angel fish.

The Star Gerren is located in an area where there are many dangers. The use of a surface buoy is recommended in Aruba.