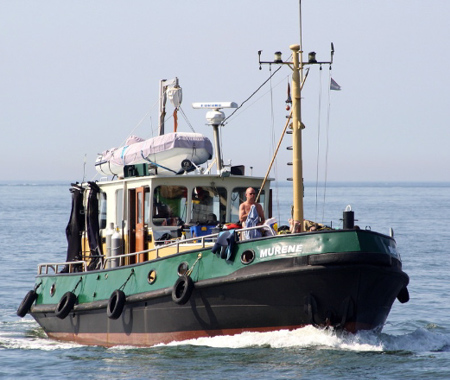 De Hondsbosch is neatly upright on the ground and is still clearly recognizable as a ship. The bow is high above the sand, part of the rear side and the steering gear are still reasonably in tact. The ship is covered with anemones and various hydroids. You often see cod, lobster and crab. It is a Dutch coasting vessel that sailed the last few years from Honig Koog a / d Zaan to England. De hondsbosch sank during a storm on November 13, 1973. The three crew members were rescued.