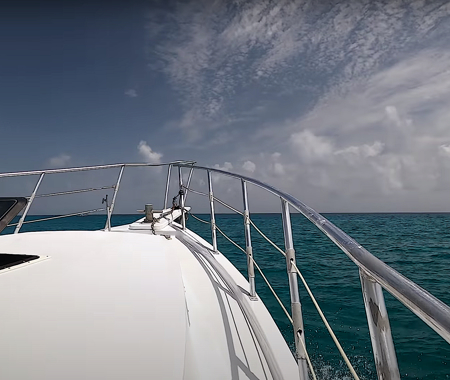 The Captain Dan was sunk in February 1990 as part of the Rodeo Reef. The ship, originally named Hollyhock, was renamed the Captain Dan in memory of the famous fisherman, Dan Garnsey. It's a large wreck that is completely covered in colorful coral and inhabited by a wide variety of marine animals.

Captain Dan Wreck lies 1.5 kilometers off the coast of Pompano Beach in Florida. The wreck is accessible by boat. The Captain Dan lies upright, on the bottom with the wheelhouse at 21 and the deck at 24.5 meters. The ship is 51.5 meters long and 10 meters wide. It was launched on March 25, 1937 at the Defoe Boat and Motor Works in Bay City, Michigan and decommissioned on March 31, 1982.

Only experienced wreck divers can enter the Captain Dan wreck. There can be pleasure boats in the vicinity.