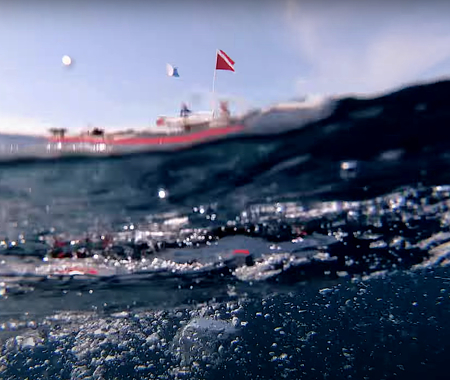 The Guy Harvey was a Haitian cargo ship renamed after the Jamaican artist, Guy Harvey. Harvey financed the stripping and sinking before the ship went to the seabed on May 10, 1997. Guy Harvey also painted the wreck. Representations of sharks and other species are visible along the outside of the wreck.

The wreck of the Guy Harvey 5.5 kilometers is situated south of Hillsboro Inlet. The ship lies upright with the bow facing south at an average depth of 33 meters. The deepest point is at 43.7 meters. The Guy Harvey was built in 1957 in the Netherlands and spent the last ten years of her existence as a freighter sailing between Haiti and the Netherlands Antilles.

The Guy Harvey is only suitable for experienced wreck divers and technical divers.