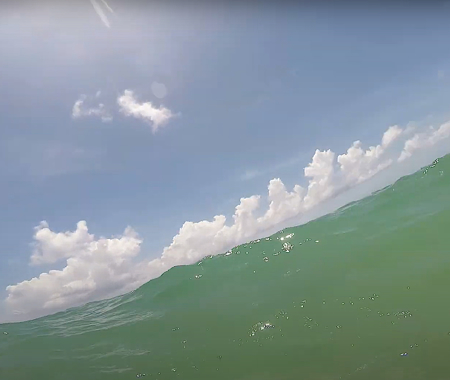 The Hydro Atlantic is considered to be one of the ten most beautiful wreck dives in the United States. It's an advanced dive that should be conducted as a technical dive. The wreck lies at a depth of 53.5 meters. It's covered with many colorful corals and attracts a wide variety of fish. In addition, the Hydro offers plenty of opportunities to enter the wreck. Rightfully one of the dive spots in Florida.

The Hydro Atlantic can be reached by boat. The ship was built in 1905 by the Mayland Steel Corporation for the U.S. Army Corps of Engineers under the name Delaware. After sailing under the names Sand Captain and Ezra Sensibar as well, she was renamed Hydro Atlantic. On her last voyage, the Hydro was towed to a salvage yard in Texas. She never reached this destination as the old hull broke, sending the ship to the bottom of the ocean on December 7, 1987.

The Hydro Atlantic is located in an area frequented by pleasure boats. The wreck is suitable for experienced wreck divers and technical divers.