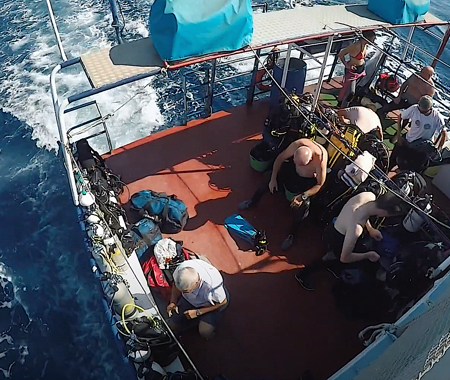 The MS Zenobia disappeared to the bottom of the Mediterranean Sea in the night of 7 June 1980, with 104 loaded trucks on board. Attempts to save the ship were in vain. The Zenobia served as a ferry between Greece and Syria when it sunk near Larnaca on 7 June 1980. The ship was 172 meters long. It had three truck decks and a large number of sleeping quarters for the drivers. The people on board could be rescued, but with the Zenobia all the trucks and their cargo went down. The transport companies involved suffered heavy losses, especially the Swiss company Friderci, which had no less than five cars on board.

The Zenobia can be reached in 15 minutes from the port of Larnaca. Enter the water and experience the disaster that struck the Zenobia on June 8, 1980. The ship lies on its side in shallow water, with the starboard side at no more than 16 meters. Wreck divers who enter the ship will notice that time has stood still. On the bridge all equipment is still present and in the restaurant you will find kitchen equipment and tableware. The trucks are on deck. Most of them have fallen over, others are still hanging in the chains and some are standing in upright position next to the wreck. Connoisseurs will distinguish several brands, including Scania, Fiat, Kenworth and Steyrs. The cargo of the different trucks can also be distinguished. In one room thousands of bottles of ethanol float against the ceiling. Elsewhere there are bones in a trailer, remnants of a cattle transport.

The Zenobia can be busy at times. The wreck attracts tens of thousands of divers each year. Beware of sharp metal parts in the wreckage. The ship lies on its side, which makes it difficult to orientate yourself. Don't try to reach the engine room if you l 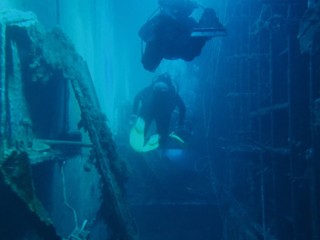