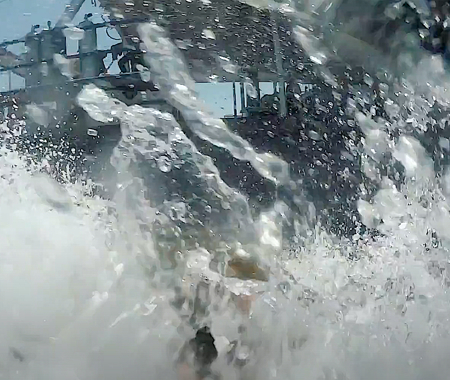 The HMS Cricket is an old British cannon boat. It lies upside down on the seabed at a depth of 27 meters. Underneath the wreck a trench in the sand has been created that provides access to the interior. The Cricket was designed for combat operations in shallow rivers. These ships could be dismantled and transported to the rivers where they were deployed. The HMS Cricket survived two world wars after which it went down as a result of a storm in 1947.

The HMS Cricket is located northeast of Larnaka in Cyprus and can be reached within ten to twenty minutes by boat.

Beware of sharp wreckage when entering the HMS Cricket.