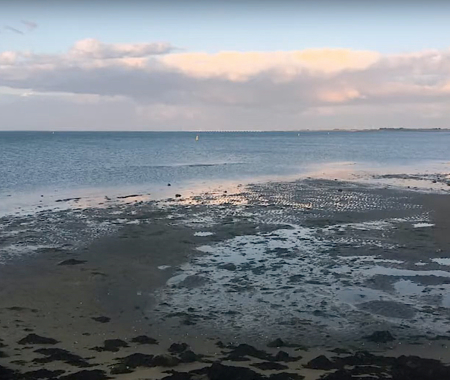 Diving in Anna Friso dive site is officially prohibited. The site is located less than a kilometer from the Eastern Scheldt storm surge barrier, which results in strong currents and a great biodiversity. Anna Friso is also called Roompot, not to be confused with the wreck of the Roompot that lies more north in the North Sea. In this case, the name Roompot is derived from the current channel that runs north along Noord-Beveland.

Enter dive site Anna Friso at the foot of the dam. Underwater you'll find large amounts of rubble to a depth of about 20 meters. The stones are mainly located in a westerly direction. More to the east you'll end up on a sandy bottom.

Diving at dive site Anna Friso is officially prohibited! Difficult to enter the water from the dam. Do not dive at high tide. Dive at low tide and shortly before the turnaround to avoid strong currents towards the storm surge barrier.