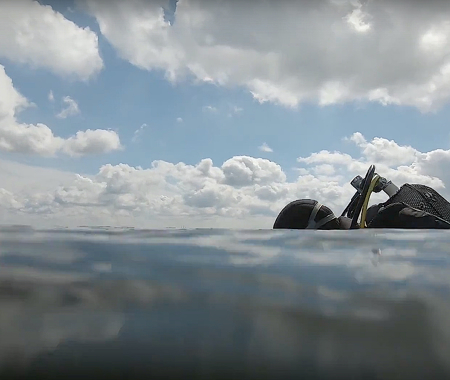 De Schone Waardin is a former dive site with the wreck of the Italian freighter, Comitas. The site is located in a precautionary area where diving is not permitted. The Comitas ran into a barrage mine near the Dutch city of Nieuwe Sluis on December 21, 1939. After the salvage attempt that followed she broke up and sunk. Parts of the wreck are still visible at very low tide.

The Schone Waardin lies in the Westerschelde near the Dutch city of village of Ritthem. Park at the end of the dead end road and enter the water from the dike. It's recommended to use a long rope. The wreck lies battered on the bottom in an underwater world full of sea anemones, sea dahlias and large fields of colored brick anemones.