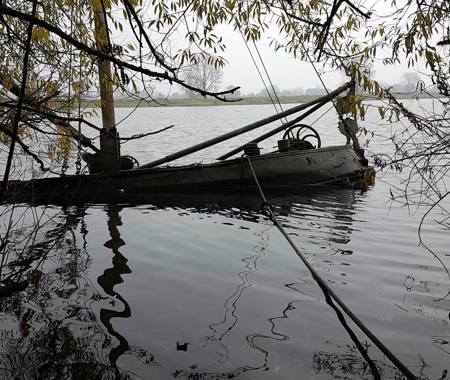 Zandmeren Heerewaarden is an interesting dive site because of its half-sunken wreck. The wreck is surrounded by old industrial material, such as workbenches, winches and drawers and inhabited by large pike, pike perches and small fish. Zandmeren Heerewaarden is connected to the river, Maas, causing visibility to fluctuate. The wreck is partly visible above the water, with the deepest point at about 7 meters.

Entering the water near Wreck Heerewaarden is impossible due to the dense vegetation on the shore. Park at the fence close to the gravel beach. Now enter the water and follow the left bank until you reach the wreck after about ten minutes. The ship is about sixty years old. It sank here during the war as result of a steering error. The ship is about ten meters tall and three meters high.

Bad visibility when dock naerby is in use. Don' t block the road for emergency services when parking. 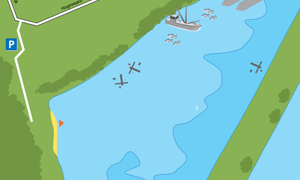 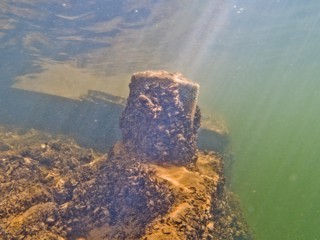