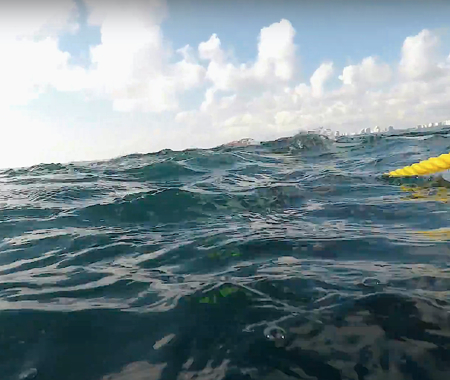 The Jim Atria is the wreck of a Dutch cargo ship that was sunk as an artificial reef on September 23, 1987. The original name, Poinciana, was changed in honor of Jim Atria. A well known diver and fisherman who helped turning the ship into a diving wreck. The Atria was originally lying on her port side until Hurricane Andrew straightened her out in 1996.

The Jim Atria lies 6.5 kilometers north of Port Everglades Cut. The wreck, which was build in 1961, can be reached by boat in 30 minutes. You will quickly spot her after entering the water and slowly descending in her direction. The bow is facing north and the ship tilts to port. The Atria is about 73 meters long and 10 meters wide. The wreck is completely overgrown with soft coral and is constantly circled by large species looking for a meal of baitfish.

There can be pleasure boats at Jim Atria Wreck. Bring a dive light.