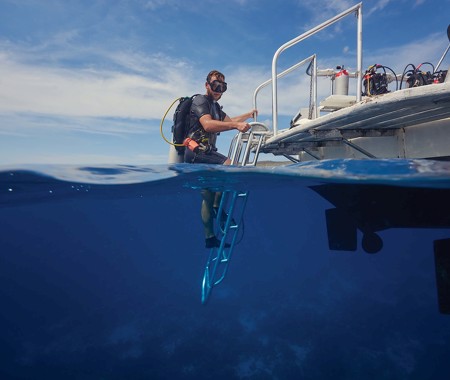 The Stella Maris is the wreck of an old freighter that was sunk in front of the LionsDive Beach Resort on Bonaire as an artificial reef. The ship ended up deeper than originally intended during the sinking and now lies at a depth of about 150 meters. This makes the Stella Maris suitable only for technical divers. The coral nursery of the Coral Restoration Foundation is located at the same location in more shallow water.

The Stella Maris can be reached from shore but divers are advised to dive the wreck from a boat. Descend via the anchor line into the blue water. You'll see the wreck slowly appearing at a depth of about 115 meters. The ship lies on its starboard side, with the bow at about 120 meters and the stern at 145 meters.

The Stella Maris is only suitable for technical divers. Pleasure boats. Use a surface buoy if necessary. 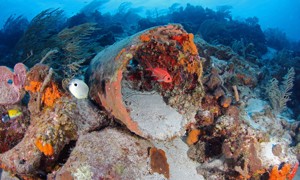