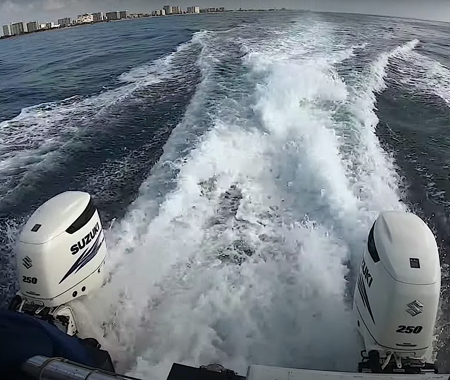 The Tracey was a 40-meter long supply ship for oil rigs. The ship was sunk off the coast of Fort Lauderdale in March 1999 as an artificial reef, after it was seized by U.S. Customs for drug smuggling and towed to Miami. The wreck lies upright on the seabed at a depth of only 21 meters and is easy to enter. This makes the Tracy a very popular wreck for training purposes. The Tracy is also known as the Ken Vitale. A highly respected, local diving instructor for whom a plaque has been placed on the wreck.

The Tracey Wreck is reached by boat. The ship lies with its bow to the north and is attached by a cable to the Jay Scutti, which lies about 150 meters further away. More tot the north you'll find the wreck of the Merci Jesus. With a well-planned dive, it's possible to visit all three.