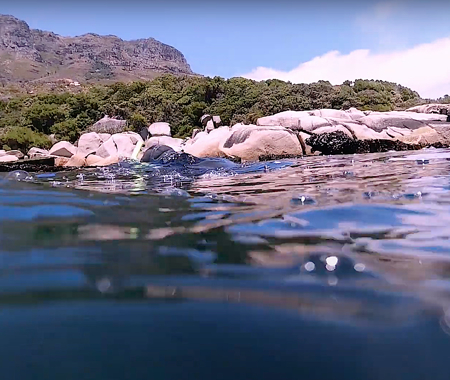 The Antipolis is a shallow wreck on a rocky reef in the Oudekraal Nature Park in South Africa. It's an old oil tanker that went down during a northwest storm. The ship was being towed from Greece to the Far East in 1977 when it ran aground, was blown to shore and sank.

Divers park on the emergency lane opposite the Twelve Apostles Hotel to get to the Antipolis Wreck. A boat dive would be more recommendable. You'll reach the entry point after a short walk on a narrow path followed by a tricky climb over large rocks and boulders. The wreck lies about 25 meters from the shoreline and is overgrown with kelp. The stern and boiler room are still fairly intact. The Antipolis is mainly populated by crayfish.