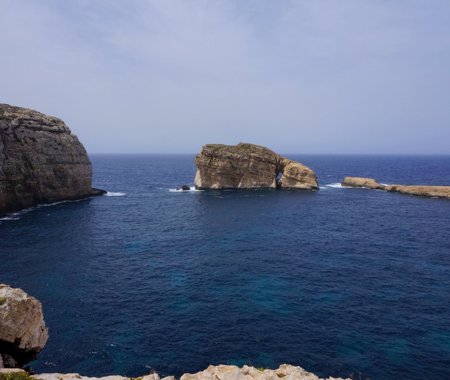 Fungus Rock, also known as Ġenerals Rock, is a 60 meter high limestone rock of the cost of Gozo, at Dwejra. The rock sits just south of the Azure Window in Dwejra Bay. Together with Crocodile Rock, Fungus Rock encloses the bay with an undeep reef at 7 meters depth. On the outside of the rock, facing the sea it is much deeper, up to more than 60 meters. This is where you will find the bigger fish.

The rock is named after a red coloured little plant, log ago mistakenly considered to be a fungus with apparent healing power. It's the only place in Europe where it grows, coming originally from Africa.

At seaside of the rock the current can be stronger than on the inside. 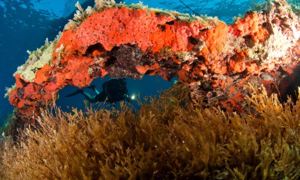