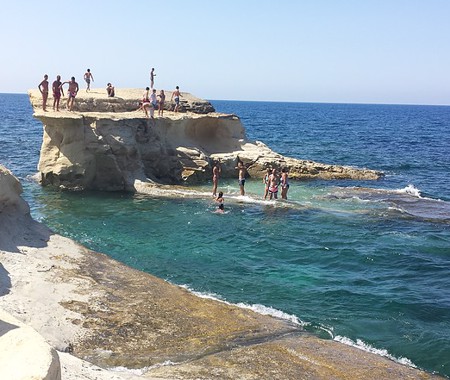 Gahr Qawqla is at an offshore rock rising about 5m out of the water. Until the mid-20th century, this rock was connected to the land, forming a spectacular archway above the sea. Historic black-and-white photographs show a boat passing through this arch. The dive itself is not particularly inspiring, but tiny moray eels and small octopuses are often found among the many small boulders littering the seabed.

This site is generally used for training purposes. 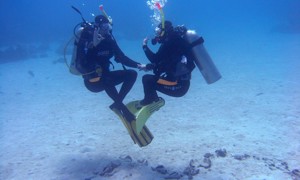