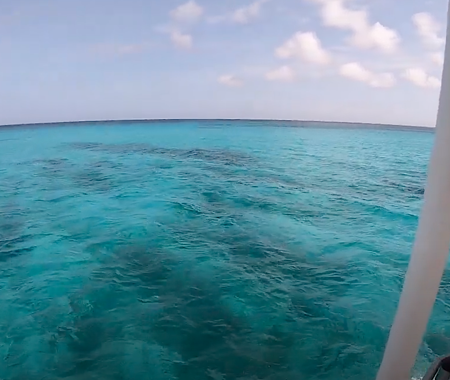 The SS Pedernales is a well-known diving wreck off the west coast of Aruba. It lies at a depth of no more than 10 meters in calm water. This makes the Pedernales suitable for divers of all levels. But also for scuba dive training and underwater photography, this site is very suitable. The SS Pedernales was torpedoed by a German submarine during the Second World War. The undamaged front and back were welded together, after which the ship was transported for further overhaul. The middle part now serves as a diving wreck.

The SS Pedernales can be reached by boat. Descend via the anchor line. The wreck is easily recognizable as a ship and reef fish circle all around the structure. Type: tanker. Builder: Cantiere Riuniti dell'Adriatico. Tonnage: 4,317. Crew: 26 heads.

The SS Pedernales is a popular dive site where it can sometimes be crowded. The use of a surface buoy is recommended on Aruba.