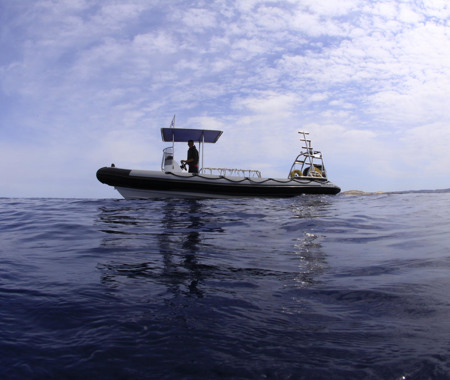 Sultan Rock is located at the south east side of Comino Island, sheltered from north westerly winds this dive site is suitable for all level of divers as the maximum depth around this rock is 18 metres. It is is probably most famous for the 1889 shipwreck of HMS Sultan. The sandy seabed is covered with large boulders and sparse posidoniae meadows. Marine life in this area is small but abundant. When lucky one can find some pieces of the remains.

This dive site is named after the HMS Sultan (1870) a British ironclad battleship that ran aground on this rock in 1889 while carrying out torpedo firing practice. It was raised in that same year.

Exposed rock sheltered from the north west winds but can be choppy with strong currents.