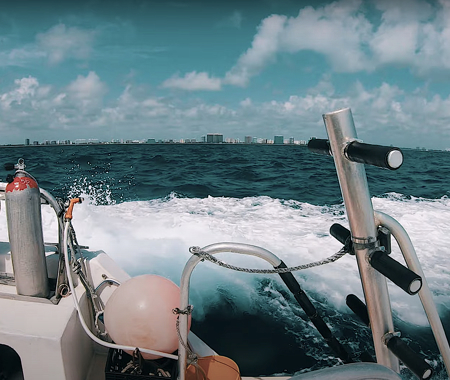 The Tenneco Towers, or the Tenneco Oil Platforms, were placed in their current location in October 1985. The rigs were originally used in the Gulf of Mexico for oil and gas exploration. Now together they form one of the most popular dive spots on the southeast coast of Florida. The area consists of three sites with a total of five platforms: West Tenneco, East Tenneco and the deep Tenneco's. The towers were made available in 1985 by the Tenneco Oil Company to be sunk by the Broward County Artificial Reef Program.

The Tenneco Oil Platforms are accessible by boat. While descending you'll first reach the top platform at a depth of about 18 meters. Three of the five towers are within recreational diving limits. They are located at depths of 18, 24 and 30 meters. The other two are at 60 meters. Originally, the towers stood straight. Today, some slope over at a 45-degree angle as a result of Hurricane Andrew, which ravaged Florida in 1992.

Depending on the tides, there can be strong currents at Tenneco Towers.