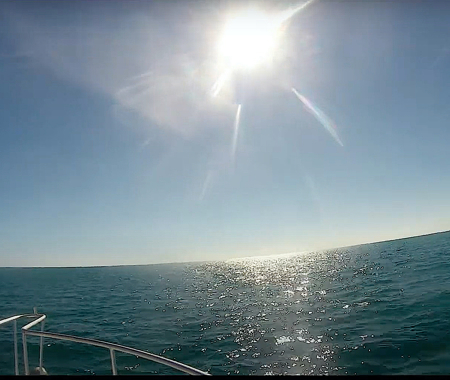 The Tortuga is a wreck with a story. The ship was sunk on April 25, 1995 in order of film producer Doug Liman for the film Fair Game. Lead actors, Cindy Crawford and William Baldwin, narrowly escape the sinking vessel in an exciting action scene. The Tortuga is an almost 50 meter-long freighter. Large openings have been made in the wreck for safety reasons. During your dive you will reach depths between 29 and 34 meters.

Tortuga Wreck is located in the Pflueger Artificial Reef, about 8 kilometers north of Government Cut. Use the anchor line to descend and always start your dive against the current. The wheelhouse, upper deck and propellers are parts of the ship that are still fairly intact.

There is often a strong current at Tortuga Wreck. Pleasure boats can come here.