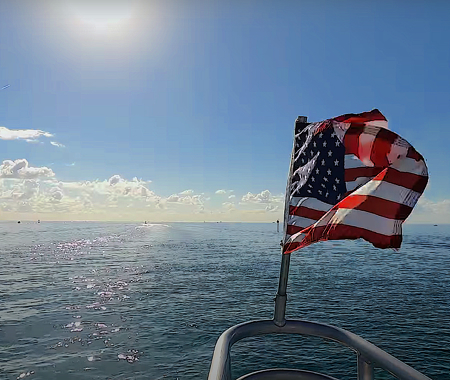 The Mathew Lawrence is a 33.5-meter barge that was sunk in 1995 as part of the Dade County Artificial Reef Program. The ship lies shallow and is sometimes visible from the surface. This makes it an ideal wreck for unexperienced divers and snorkelers. The wreck is named after Mathew Lawrence who died in July 1992 while diving the Andrea Doria. He was a renowned underwater videographer and specialist in underwater housings.

De Mathew Lawrence can be reached by boat. The wreck lies upside down on the seabed in an east-west direction. Not far from the Mathew Lawrence is dive site Army Wrecks. This is an artificial reef consisting of two old M-60 army tanks from the Vietnam War surrounded by 1060 tons of limestone rocks.

Watch out for pleasure boats at Mathew Lawrence Wreck.