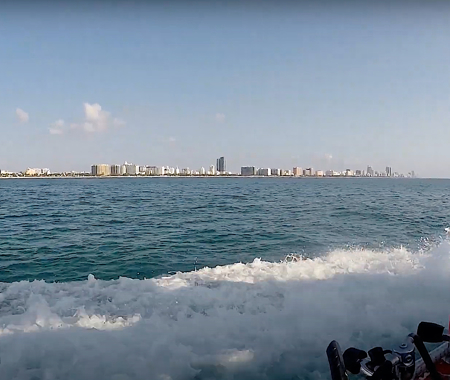 Army Tanks is an artificial reef off the coast of Miami Beach with two M-60 Army tanks from the Vietnam War and 1060 tons of limestone rocks. The tanks were sunk in June 1994. Both are completely overgrown with spiny oysters, sponges and a variety of hard and soft corals. The area is also home to groupers, moray eels and lobsters. Army Tanks is located close to the Mathey Lawrence Wreck in an area also described as Wreck Trek.

Army Tanks is accessible by boat. Dive between the tanks and the limestone reef in search of lobsters and morays. The reef is also called Rock Pile. It runs like a wall between the two tanks and consists of huge boulders.

Wacht out for pleasure boats at Army Tanks.