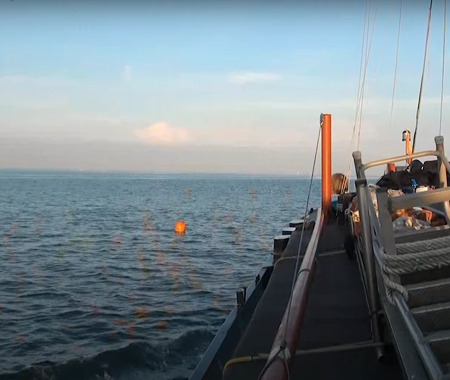 Wreck De Ketel lies in De Schaar van Yerseke. It is a large silo, which was sank at this location during a heavy storm on December 31, 1973. After several salvage attempts, authorities decided to leave it here. The wreck is completely covered with brick anemones, tunicates and anemones. Only accessible by boat. Descend and ascend along the anchor chain.

Wrak De Ketel lies in a boating channel, don't make free ascends. Return to the surface along the anchor chain. Don't enter the wreck, the interior is small and contains many sharp edges.