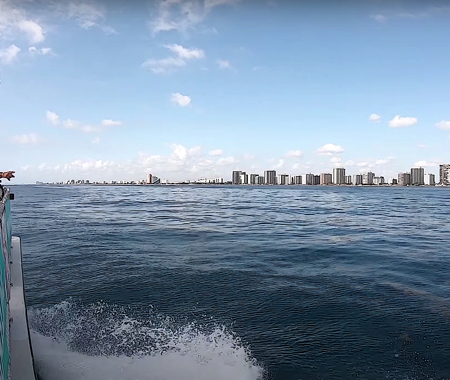 Mercedes Wreck 1 is the most famous wreck off the east coast of Florida. She was originally built in 1951 under the name Jacob Rusch. The Mercedes is a 60-meter Venezuelan cargo ship that was sunk as an artificial reef off the coast of Fort Lauderdale on March 30, 1985.

Mercedes Wreck 1 can be reached by boat. It's a wreck with a story. The Mercedes gained international fame when in 1984, with ten Venezuelan sailors aboard, it collided against the seawall of American philanthropist, Molly Wilmot's, Palm Beach mansion.

Pleasure boats can pass at Mercedes Wreck 1. Be careful.