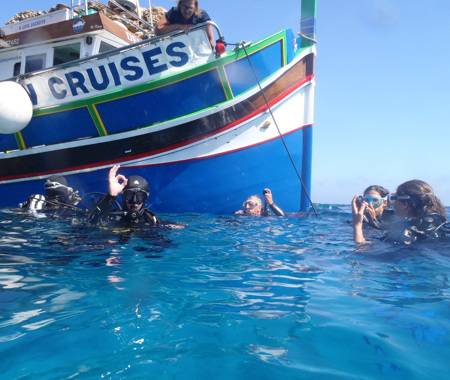 The Bristol Blenheim Bomber lies 42 meters deep, surrounded by small reefs. The wreck is located at the southern end of Malta, less than a kilometer off the coast of Xrobb il-Ghagin. It is one of the best dive spots in Malta for the more experienced diver. From a depth of 20 meters the contours of the wreck will be visible. Several parts such as wings, engines, propellers are still recognizable. Also, the landing gear is visible as well as parts of the cockpit. The Bristol Blenheim bomber crashed on December 13, 1941, during an emergency landing at sea.

Descend using an anchor line, there can be a reasonable strong current. The wreck is in poor condition, do not touch anything and don’t take any items with you. 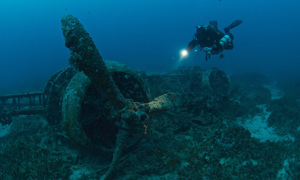 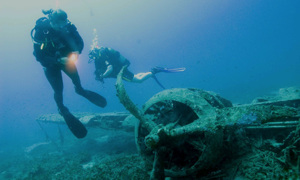 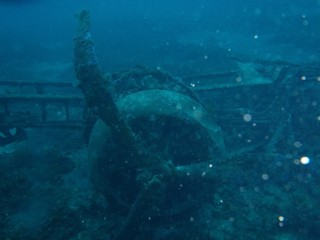