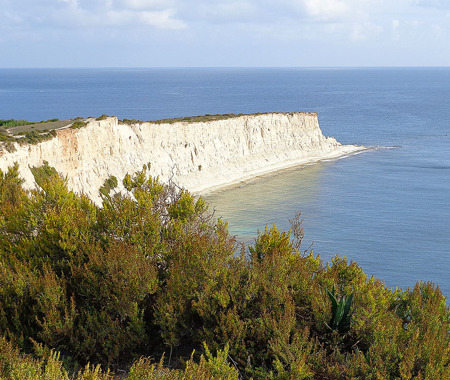 Munxar Reef runs out about 700m from Munxar Point in an East-North-East direction. On the North and South side of the reef the bottom drops to 30-45 metres. Munxar Rock, located approximately 200m off Il-Munxar is 9-10 metres below the surface and is marked with a cardinal buoy. The reef has numerous caves and cuts and craggy rocks, the most spectacular cave to the east with it's ceiling almost reaching the top of the reef. At 35 meters you may find a spectacular arch. Both Munxar Reef and Munxar Cave can be dived in one dive or separately.

Just to the west of the cardinal buoy is where you start your dive at 10 meters depth. 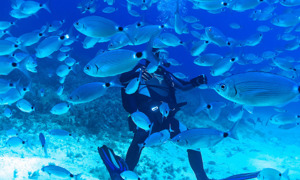