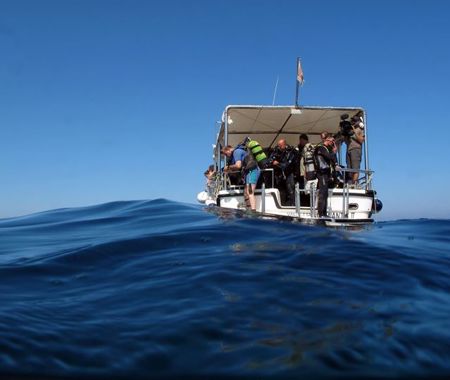 The Mosquito PR XVI S/N N531 was first discovered by a local club in 1993 and at the time one of the propellers was taken off the engine and given to the Malta War Museum. The plane was rediscovered in 2010. The wreck (or what is left of it) lies upside down on a sandy bottom off Delimara Point at a depth of 40 metres. The engines are intact except for one of the propellers. Part of the frame and the tail (made of aluminium) is mostly buried in the sand while the wooden construction has deteriorated. Not too far away lies the Bristol Blenheim Bomber, another plane wreck.

This is a historic wreck that made it through WWII and then had the misfortune to encounter problems on the starboard engine during a mail run to Bone after the war in 1949, The aircraft hit the sea about half a mile from the coast, the force of the impact breaking both legs of the observer, Lieutenant R. Marshall. He managed to escape from the aircraft but nothing was seen of the pilot Lieutenant M.D. Stanley.

As always at open sea, watch out for currents and swell. 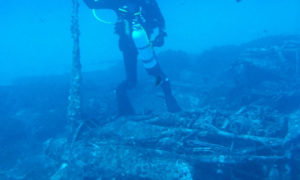