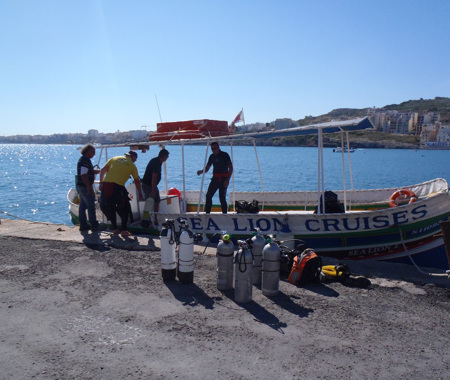 The HMS Southwold is a type II British Hunt-class destroyer from 1941. The wreck is under the protection of Heritage Malta. This means a special permit is required to dive on the wreck. The ship sank on 24 March 1942 as a result of a mine explosion under the engine room and now lies in two sections on the seabed at 2.5 kilometers from Marsascala Bay. The bow section, the largest part, measures 40 meters to the engine room and lies at a depth of about 72 meters on starboard side. The stern, some 28 meters long, stands upright at about 300 meters from the bow section. Bow section at 35.871967 / 14.5979. Stern section at 35.873833 / 14.597383.

The HMS Soutwold can be reached by boat. Enter the water to relive her history. The HMS Southwold activated a British mine on March 24, 1942. An explosion followed which killed an officer and four sailors. The ship sustained major structural damage. The engine room flooded while electrical supplies failed. Later, the Southwold was towed away by a tug called Ancient, but the hull cracked and she began to sink. The survivors were rescued by the HMS Dulverton. Constructed: 1941. Launched: 25th May 1941. Type: Hunt Class British Destroyer. Weight: 1050 tons net tonnage. Dimensions: 86 meters long, beam of 9.5 meters. Builders: J.S. White, Cowes UK. Owners: British Royal Navy, Admiralty, Rn, London. 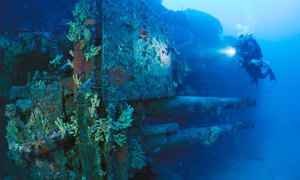 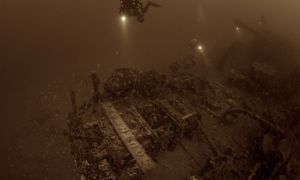