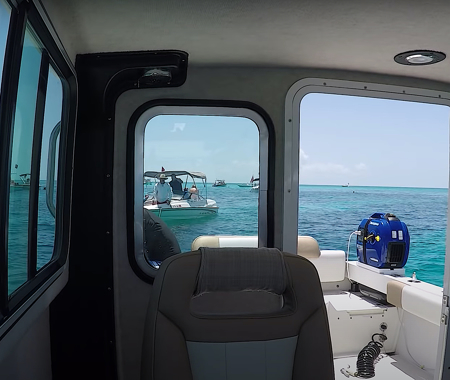 The Cayman Salvager was seized by the American government in 1979 as a smuggling ship. Shortly afterwards she sank unexpectedly in the naval harbour in Key West, where she was anchored. In 1985 she was hoisted, prepared as an artificial reef and then towed. On the way she sank again, this time for the last time. The Cayman Salvager first lay on her side, but hurricane Kate placed her neatly upright in 1985.

Enter the water from the boat to explore the Cayman Salvage. The Cayman Salvage was originally used fork for the surveillance of coastal areas and later for laying cables.

Penetrating the wreck is possible but risky. Divers are advised to wait until their second dive.