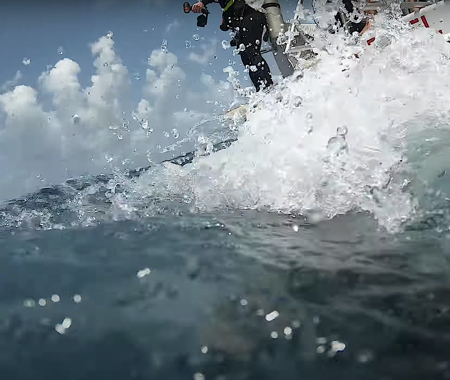 The name Joe's Tug suggests that it's a tugboat. Nothing could be further from the truth. Joe's Tug is an old, steel shrimp cutter. The ship would be deliberately sunk off the coast of Miami to serve as an artificial reef, but was stolen in 1986 when it was still in the harbor to be stripped. The thieves didn't get far, Joe's Tog sank in front of the pier in Key West and ended up on the reef. But, also there Joe's Tug didn't get a rest. Hurricane Georges tore it apart, causing the wreck to be heavily battered on the bottom.

First dive to the stern of Joe's Tug and then to the bow. Both are about 10 meters apart. The wheelhouse has largely fallen apart over the years. The hold is easily accessible and usually filled with large schools of fish. Joe's Tug is located in an environment of hard and soft corals and large sponges. Large moray eels are permanent residents here, they are used to divers and stand out because of their friendliness.

Joe's Tug is accessible to divers of all levels. Don't enter the wreck without wreck diving experience.