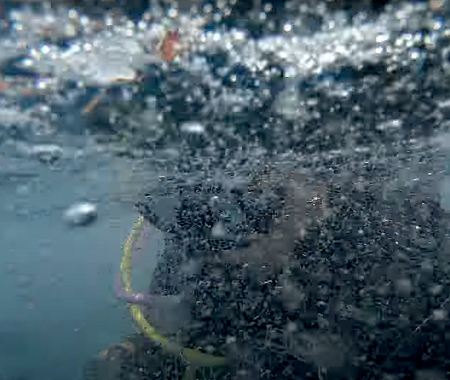 The Doc de Milly is a steel cargo ship built in 1949. It was sunk in 1987 and now wears out its days as a diving wreck. The wreck is nearly 87 meters long and lies deep in Biscayne National Park, at the edge of the Gulf Stream. The huge wreck lies in two pieces on the sea floor, where it's home to a large variety of marine life. The Doc de Milly was sunk with aircraft bombs by the United States Airforce during a demonstration. Years later it got severely damaged by Hurricane Andrew. and is named after local war veterans

Doc de Milly is accessible by boat. The wreck is so big that it takes several dives to see everything. The ship was launched in Amsterdam in August 1949 under the name, Domburgh, later to be christened, Doc de Milly, after a local war veteran.