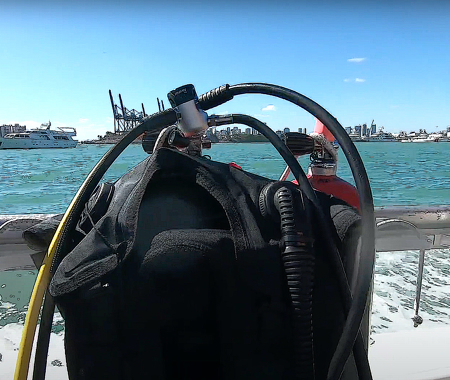 The Almirante was an American cargo ship built in Ireland in 1909. The ship sank on Friday, September 6, 1918 after a collision with the U.S. Navy tanker, Hisko. There were five casualties. Doughy white foam washed up after the incident. This was thought to be caused by a cargo of flour on bord of the Almirante. Later this turned out to be incorrect. It did earn the ship its nickname, Flour Wreck.

The Almirante is a boat dive spot. The wreck lies completely destroyed on the ocean floor, at a depth of 18 meters. The ship has been towed and blown up several times. It was also mistaken for a U-boat and bombed in July 1942. Therefore you'll find little more than a heap of scrap during your dive. Still, the Almirante is a great dive site. It's an ideal site for practicing with lots of marine life and here and there small objects from the ship.

Watch out. Boat traffic may pass by at dive site Almirante.